The names of the eldest 4 kids of the Dutch couple

It may have been a few weeks since news broke about the Dutch couple with five kids, who all have four-letter names using the same four letters (Alex, Lexa, Axel, Xela & Xael), but it continues to remain at the forefront of my mind.

That said, it can get a little forced with an increased number of children. Below is just a selection of attempts at the conundrum by myself and those over at Formspring, with some combinations seeming to work better than others:

Anyone have any further contributions? 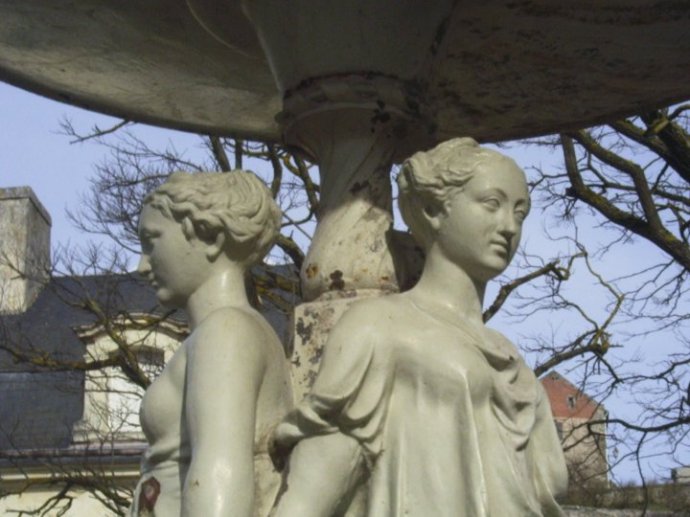 Ever heard of Mumsnet? Some call it one of the most influential sites here in the UK – the politicians were all clambering over each other in a race to interact with the mums there.

Well, the other day I stumbled across a topic with one mum asking what’s the most unusual name you love? Here are their answers, most of which are given with meaning, unless they’re a word name or I simply don’t know:

Andromeda – to think of a man (Greek)

Calypso – she that conceals (Greek)

Eppie – diminuative of either Hepzhibah or Euphemia

Hepzhibah – my delight is in her (Hebrew)

Kit – short for Katherine or Christopher

Lysander – release of a man (Greek)

Snapshot from the film Les Choristes. Mathieu is conducting, with Pépinot sitting on the desk behind him, from grouchoreviews.com

Les Choristes is a modern classic film from France, released in 2004, depicting the tale of a problem-child all-male boarding school. It’s an adaptation of the film A Cage of Nightingales (La Cage aux Rossignols) from 1945.

The basis of the story is that the widely successful orchestra conductor Pierre Morhange returns to France when his mother dies. With his old friend Pépinot, he reminiscences about his childhood inspirations through the pages of a diary kept by his old music teacher Clément Mathieu.  The film travels back to 1949, when a young Pierre is the badly behaved son of a single mother. He attends a boarding school Fond de L’Etang (roughly translates to rock bottom), which is for difficult boys. The new teacher, Mathieu, decides to assemble a choir, which leads to the discovery of Pierre’s musical talents and a transformation in the boys behaviours.

There are so many lovely names associated with this film, despite many of the characters only being known by their surnames. Starting off with the music teacher, his name was Clément Mathieu. Both names have been used as first names, and I do believe that both names are also relatively popular in France at the moment.

The name Clément comes from the Late Latin name Clemens, which meant merciful or gentle. As for Mathieu, he’s the French form of the name Matthew, a name that means gift of God.

Another name from the teaching staff was Rachin, the name of the strict headmaster. Strictly speaking, it’s his surname, but there are plenty of surnames used in the film which have potential: Boniface, Pépinot and Corbin. My favourite character was Pépinot – the t is silent – who was the youngest boy at the school. He would wait by the gates every Saturday for his father, but his father would never turn up. Near the end of the film Mathieu is fired and when he leaves Pépinot runs after him and asks to go with him. Eventually Mathieu relents, and the two board a bus together. The touching part? This all happened on a Saturday.

As for Pierre, his mother was called Violette. And she’s not the only Violette associated with the film, and actress named Violette played one of Rachin’s daughters. His second daughter was played by a Lena, and his wife was played by a Marielle.

Other names of actors from the film:

People from Armenia are known as Armens, thus some have suggested that this name means son of Armenia. Taking this further, the name Armenia has been theorised to have derived from the name Aram, which means excellence in it’s Armenian capacity. The exact origins of the name Armenia makes this only one of many theories, however.

I know of two brothers named Didier and Dieudonne. The name Didier is the French form of the name Desiderio, which means longing, desire.

This name derives from the Latin word faber, which means craftsman. It is worth noting that the name Brice is not related, it instead means speckled.

The real surname of the lad who played Pépinot, who was credited as Maxence Perrin. His father, Jacques Perrin, played the adult Pierre in the film. Maxence’s brothers are called Mathieu and Lancelot and Maxence’s cousin, Christophe, directed the film.

There is a Spanish name Téodule, which comes from the name Theodulus. It has the meaning of slave of God. Presumeably, therefore, Theodule is the French interpretation of the name.

Name Spot of the Week: Eurovision

The Eurovision Song Contest is one of the entertainment highlights of the year for me, although I abstain from getting too tied up with the block voting that’s more or less taken away the competition part of it. What Eurovision is still great for is the names.

A mad fiddler by the name Alexander Rybak from Norway won it in 2009, and ever since I’ve had a name crush on Rybak, and let’s not forget the genius, and mostly gibberish lyrics that was Ukraine’s entry two years before, from Verka Seduchka – and for those who do click and watch his entry, he came 2nd. It’s that kind of competition.

But onto Eurovision 2011, which came with some interesting names, both in the semis and final:

Alexey (Russia) – Known as Alex Sparrow in the International Market.

Aske ‘A Friend in London’ (Denmark)

Esben ‘A Friend in London’ (Denmark)

Sebastian ‘A Friend in London’ (Denmark)

As for elsewhere, I discovered this week that an aquantaince of mine, called Mollie, has two sisters: Maisie and Maude.

My sister Sophie, known to most as Dopey, announced this week that she wants to be called Jaguar, I take comfort from the fact she didn’t say Audi or Renault. She’s also recently aquired the new Jacqueline Wilson book, Lily Alone, which features siblings Lily, Bliss, Baxter and Pixie.

The last note-worthy name spot of the week comes in the form of a champion Irish surfer: Easkey Britton. Her younger sister is called Becky-Finn.