Spot of the Week: Behind the Scenes Olympic Names

I visited my Grandma this morning and from the sounds of it, she appears to be drowning in a phenomenal pea harvest from Grandad’s allotment.  I’m sure there’s a post in that, but what remains unsolved.

Suffice to say, they’ve been almost literally throwing their harvest at their friends from the village these past weeks because they don’t want to be stuck eating peas every day for the next 8 years of their lives. My Grandma randomly mentioned a couple of these friends which the peas had been offloaded onto, and predictably, there was a lot of old-school nicknames going on: Dick, Charlie and Winnie were some of the few mentioned. Have I yet mentioned that my Grandma has a painter friend with the name Mim?

The interesting thing about Mim is that she’s been campaigning to the council about changing the name of the road she lives on of all things.

Whilst at the Olympic Stadium on Saturday, I was treated to a flowchart showing who’s who in the running of events services at the Stadium and I can report that the top lady has the surname Wrenn. Double n, and I rather liked it. She’s from the States I believe, not that it really means anything much. The guy who is top man at the Stadium is called Charles ‘Charlie’.

This week’s picture comes courtesy of yummy chocolatiers Thorntons and my Nana who bought it. Who would think to NAME a chocolate bear Bernie?? 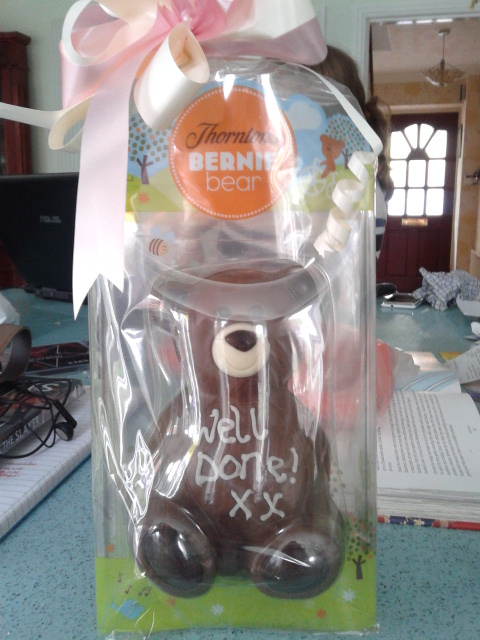 …because one photo is never enough