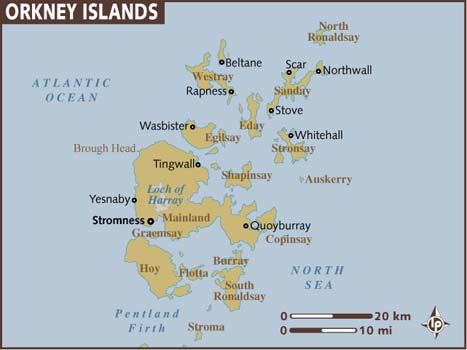 Before we begin with today’s interesting name, I should carry out some belated housekeeping. Remember the Names of the Week feature that I pulled many months ago to revise? Well, what I failed to mention is that I’ve decided to end it indefinitely and instead just do name profiles of random names at least once a week.

Then I forgot to mention this to you all. Bah.

When you hear the name Orkney, you may well be thinking of the group of islands off the coast of Scotland. I certainly do, and indeed they were the inspiration for this post.

When it comes to place names, I usually sit on the fence. Of course, plenty of so-called place names were technically names to begin with, I’m thinking of Adelaide in wonderful Australia when I say this, as the city was indeed named for the consort of William IV.

The practice of naming places after people is centuries old, indeed our old friend Alexander the Great left behind a sea of cities named after him during his conquests. One of the more important one’s being Alexandria in Egypt, which remains to this day one of the largest cities in the country.

But back to Orkney, which unless there has been a major cover up, was not named after a person. The islands were inhabited by the Norwegians from the 9th to 15th century, when they were returned to the people of Scotland following a dowry dispute.

The Gaelic name for the islands is Insi Orc, which comes from Celtic and means piglet.

So, there we have a rather quirky place name to consider.